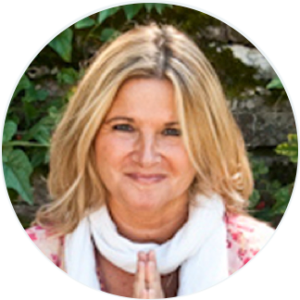 I don’t consider myself a ‘tour guide’ but rather your host who can show you the real India from a personal perspective. I have been traveling to India annually for the past twenty years. I love sharing India with new bright eyed people. The trip is spiritually based with yoga and meditation.

Trained by Deepak Chopra, Saul David Raye and Rama Berch (aka Swami Nirmalananda), Corrine has over 27 years experience in the healing arts. She’s not only a long-term meditator who served as the president to the Transcendental Meditation Siddhi Program, she was the founder of the House of Bliss in Nashville, Tennessee, a center which offered music, meditation, yoga, and mind/body healing. She later developed and headed up the Chopra Center Seven Spiritual Laws of Yoga program, known as Chopra Yoga, and now runs the Ivy House (offering yoga and meditation) in Nashville.  She’s a recording artist, yoga instructor, meditation teacher and for many years Corrine has been known as the stress relief guru to the stars of Nashville. Specializing in helping people find balance in their lives Corrine connects with her heart and offers hope and inspiration to everyone she comes in contact with.

Corrine is the co- founder of  Global Watch Foundation, an organization that runs a children’s home in South India.

Corrine has been traveling to South India annually for 20 years and loves sharing India with new, wide eyed visitors.

It is becoming increasingly important to integrate some kind of healing practices into our busy lives to bring about balance in these intense times. A success at this steadiness for many years, Corrine Champigny has been sharing her knowledge of yoga and meditation with the Country Music Stars of Nashville and at Deepak Chopra’s Center in California for the past twenty-seven years.

Corrine’s experience as both a yoga and meditation Instructor has led her to lead her own programs worldwide that include yoga retreats to France, India, Canada and the USA.